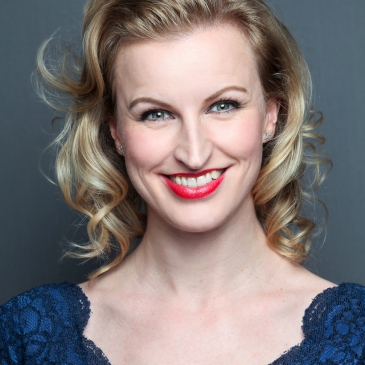 “Like a British version of Charlotte d’Amboise, Tiffany Graves is a scintillating dancer and great trooper: a true star!” – Mark Shenton, The Stage.

“Tiffany Graves is brilliant in the lead role of Velma Kelly, the homicidal vaudeville performer. I almost cried with laughter during Velma’s number ‘I Can’t Do It Alone’.” – Daily Mail

“Tiffany Graves: twice as good as Kristin Chenoweth!  With a near perfect set and hilarious anecdotes, Graves is a performer you cannot fail to warm to, with an effortlessly tuneful voice and wicked sense of comedy.” – This is Cabaret

“Tiffany Graves’s Lois steals three reprises of Always True To You in My Fashion, which still isn’t enough.” – The Guardian

Tiffany Graves has most recently been playing Lois/Bianca in Kiss Me Kate with Opera North and Ulla in The Producers on tour, and is perhaps best known for her many years as Velma in Chicago at London’s Adelphi and Cambridge Theatres, and as alternate lead in the acclaimed Menier Chocolate Factory production of Sweet Charity at Theatre Royal Haymarket.

“Triumphant marriage of Shakespeare and Porter is matched by the scintillating style of Tiffany Graves.” – Sunday Express

“Tiffany Graves’s second act solo Always True to You in My Fashion is a true showstopper.” – The Stage

“Tiffany Graves’s knockout Ulla, the Swedish sex-bomb secretary, is hugely, er, gifted. ‘When you’ve got it, flaunt it,’ she sings, and Graves does so, superbly.” – Mail on Sunday

“Tiffany Graves is in sensational form as Ulla. She looks terrific from every angle, produces an impeccably cod Swedish accent that is unambiguously hilarious and sings and dances with gusto. It is marvellous to see one of the West End’s talented troupers shining in full star mode. She’s got it and she flaunts it.” – British Theatre

Other iconic leading roles have included Killer Queen in We Will Rock You, Marlene Dietrich in Piaf, and Sukie Rougemont in The Witches of Eastwick, as well as appearing in many other renowned shows such as Sunset Boulevard, A Chorus Line, Tonight’s the Night, Godspell and Cats.

Tiffany worked with Kevin Kline on his Cole Porter film De Lovely and has performed in Grange Park Opera productions of La Traviata and Anything Goes, Follies at the Royal Festival Hall, Chess and Night of 1000 Voices concerts at the Royal Albert Hall, West End Heroes with Michael Ball at the Dominion Theatre, the Royal Gala opening of Wales Millennium Centre, the NT: 50 Years on Stage extravaganza at the National Theatre, in Wonderful Town with the Halle Orchestra conducted by Sir Mark Elder at The Lowry, and in Hey, Old Friends! the Stephen Sondheim 85th Birthday Gala celebration at Theatre Royal Drury Lane.

And have a browse around the PHOTOS and VIDEOS and MUSIC and NEWS and INTERVIEWS and CONTACT pages on the rest of the website.